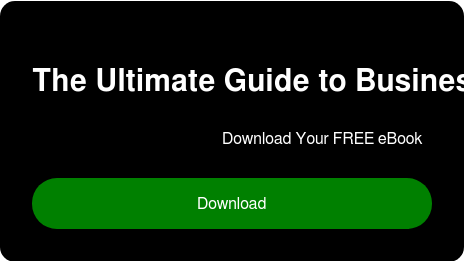 Uncertainty around the UK’s departure from the European Union is having an impact at all levels of society, with small business owners especially struggling to understand whether (and how) Brexit will impact their operations.

Consider these statistics. In 2018:

This top-level summary, from the British Business Bank, suggests that fewer small businesses are borrowing, but that the value of alternative finance deals is increasing.

Keith Morgan, CEO of the British Business Bank, said: "It is clear that a lack of confidence is affecting many smaller businesses, as evidenced by a continuing drop in demand for external finance."

What about the pound?

The performance of the pound is a good starting point when considering the state of the economy. Our currency slumped immediately after the Brexit referendum, and still hasn't recovered:

In August 2016 we said that "it may not stay this low, but it will certainly struggle to rise back to where it was - at least in the short term." Now, over two years on, there is little indication that the pound will return to pre-referendum rates any time soon.

How about interest rates?

Brexit has done little to improve the Bank of England bank rate, which is used by many lenders to determine the cost of borrowing.

While the rate is still low, the rise from 0.5% to 0.75% will slightly increase repayments on small business loans and commercial mortgages, making these finance solutions marginally more expensive.

Importing goods, retaining services, and borrowing money from other countries will be more expensive if we leave with no deal, as we will revert to World Trade Organisation rules. Exporting from the UK will become less profitable for certain industries, as administrative costs and tariff charges may need to be paid that are currently waived by our EU membership.

This may change the baseline costs of operating your business, resulting in a need to borrow more to keep things ticking over as they were before.

Currently, the EU provides a large amount of funding to businesses in the UK. If Brexit takes place and we leave the EU, this funding is likely to stop.

Public and private sector organisations in the UK received £5.5 billion of EU funding in 2017. The largest beneficiary of this funding was small and medium enterprises (SMEs), who received 16% of the total funding given between 2014 and 2018. (The source for both statistics is a downloadable PDF from the Parliament UK website, available here).

The loss of this funding reduces the value of business finance available to UK businesses.

The impact of Brexit on small business borrowing

Businesses are afforded more flexibility when borrowing than in the past, thanks to a wider range of business finance products. While the economy may not currently facilitate willingness from high street lenders to offer traditional small business loans, alternative lenders are happy to plug the gap.

Awareness of alternative funding sources is up, too. In 2018, research found that:

Despite increasing awareness and a wider range of alternative business finance solutions, business owners are wary. In July 2016, shortly after the Brexit referendum, 21% of small business owners expressed belief that Brexit would “slightly hinder” their ability to raise finance. Recent opinions are less optimistic: 34% now expect access to finance to become more difficult.

All things considered, our conclusion remains much the same as it was just after the referendum. While the pound taking a hit is not ideal, it could be a boon for businesses that sell products overseas. Interest rates have remained low but steady, and lending hasn't yet seen any significant dip, partly due to stronger balances and partly due to the growth in alternative finance options now available.

If you’d like to know more about Brexit and business, or which alternative business finance solutions are available to you (even amidst the uncertainty), get in touch with one of our team.

Small Business Loan vs Business Overdraft: Which One Is Right For Your Business?

Do Unsecured Business Loans need to be Personally Guaranteed?

Access Commercial Finance Limited is registered in England and Wales. Registered address: 4 Brewery Place, Leeds LS10 1NE. Company number 09218978. Access Commercial Finance Limited is authorised and regulated by the Financial Conduct Authority, Firm Reference Number 653920 . | Data protection Licence Number ZA079612. The Financial Ombudsman Service (FOS) is an agency for arbitrating on unresolved complaints between regulated firms and their clients. Full details of the FOS can be found on its website at www.financial-ombudsman.org.uk. Please note that not all of our products and services are authorised and regulated by the Financial Conduct Authority. Please also note that these non-regulated products and services are not covered by the Financial Ombudsman Service. Terms, conditions, features, availability, pricing, fees, service & support options subject to change without notice. ©2018 Access Commercial Finance Ltd. All rights reserved.